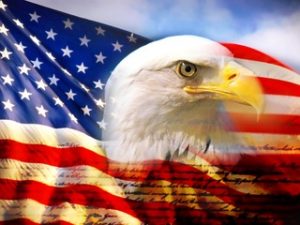 Start the clock on getting to a vote. Shortly before 10:00 p.m. last night Mitch McConnell filed a motion for cloture. That move limits debate on the nomination and forces a final vote as to whether Judge Kavanaugh will become Justice Kavanaugh. This motion limits debate.  Under Senate rules, the motion must now “ripen” for a day. Then the full Senate will vote on Friday on the motion to close debate and bring it to a vote.
That vote tomorrow on cloture will tell you all you need to know. Are the votes there?
It’s hard for us to see why Murkowski and Collins would vote “no”. If this FBI report has no more evidence than we heard all week, where is the reason to deny this man the role? In America, I think, we still require some evidence of wrongdoing.

The new refrain over night was twofold. First we can’t confirm him because he is too partisan. Forget he has sat for twelve years on the second highest court and his judicial temperament is exemplary. Forget his record in appeals is flawless. He is unqualified says Schumer, Pelosi and team.
Then consider the point we made yesterday. Justice Ginsburg said if Trump wins she is moving to New Zealand. Do these same people think she should be impeached now because she is unfair?
I’ll ask this question again. Think over your lifetime and the supreme court decisions that were made. How many times can you recall Democratic appointees siding with the conservative side? I honestly can’t on any issue it matters. Have Republican appointees sided with liberal issues? I know many.

The second refrain today will be the FBI did not interview Dr. Ford and Judge Kavanaugh. The same FBI the Democrats have loved since Trump became President is now the villain. Suddenly they can’t do their job. Well I have a problem with the stance Ford’s attorney took on an issue. The senate committee asked her for information from her therapy sessions (to see if Kavanaugh’s name is in it. The story is it isn’t) and information on the polygraph she took. What questions were asked? Where was it done? Small things like that. The attorney’s reaction? Let the FBI come out here and interview her and we’ll share with them.  This from Politico today:
Ford offered Wednesday to give the FBI therapist notes and information about her polygraph test that Senate Judiciary Chairman Chuck Grassley (R-Iowa) has requested, if she is interviewed. ” We are profoundly disappointed that after the tremendous sacrifice she made in coming forward, those directing the FBI investigation were not interested in seeking the truth,” Ford’s lawyers said in a statement late Wednesday night.
It would seem to me if they were interested in getting the truth out at this key time they would turn everything over. What they are trying to do is say this process was flawed. Do you think the committee bent over to treat her right? Treat her with dignity and class?

Remember how we were saying some Democrats will jump on board only if there are already 50 votes and how they use “bipartisan” but never when it matters? This too from Politico
“Manchin, for his part, sounds like he’s leaning ‘Yes,’ and it certainly is gettable for Senate Majority Leader Mitch McConnell (R-Ky.) and the GOP leadership. It’s clear Manchin doesn’t want to be the 50th vote for Kavanaugh, but it seems like he’d be OK with being the 51st or 52nd, barring any new developments.”
Is that bipartisan? Is that political courage? Is that standing for your beliefs? Is that standing for what you believe?

Let’s get to the vote.