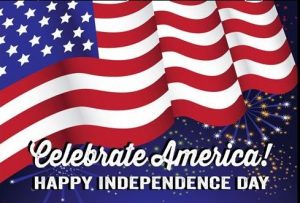 Increasingly you are hearing about the importance of the mid terms and its impact on policy going forward. First a little history.

In the last twenty mid terms the party of the sitting President has lost house seats in eighteen of them. That’s right, 18 of 20. The average number of lost seats was 32.
The two exceptions were 2002, just a year after the WTC attacks, and when Democrats reacted to Bill Clinton’s impeachment and gained five seats.

So, you can see the norm is to lose seats. Lots of them. Why? Those opposed to the President and administration policies are more likely to vote. They are the most angry, involved and excited to express themselves.

Now can this year be an exception? There are a lot of factors at play here.

First there is a truly motivated faction of anti Trump citizens ready to vote. You see them everyday on the news. They will show up in November.
The question is how many administration supporters are going to do the same? That is the key, but the other side will vote.

Here’s an example from last week. All the noise of that young (28 year old) socialist defeating Joe Crowley you heard, well it was only 30,000 voters who showed up. (She won by 4,000). Now in 2016 178,000 people voted and 148,000 voted for him.
See, the off years don’t motivate incumbent supporters, and a select number of anti voters who are motivated can change everything.

Thus the Trump supporters must be motivated, and have to get out for him to buck history. Likely? No. That leaves the question of how many seats do they lose? If it’s the average 32 we shared above, then the house switches and Nancy Pelosi is speaker.

A few months ago it was clear to us that the house was switching, but the senate would hold. Then Trump started to make progress with voters who began to realize the progress we were making. His popularity rose and he approached the magic 50% number. A place he has never been in any poll.
Then the family separation policy hit and his numbers took a hit. He began dropping back into the 40’s. Yesterday Gallup had him at 42% approval and 53% disapproval. The Rasmussen Daily Poll had him at 48/51 on approval and disapproval.

The issues appear on his side. The economy is humming, the tax cuts welcomed, unemployment at historic lows. The American people support ICE and a tougher border control. North Korea may be disarming, and he has a summit with Putin. If these break right and he introduces (as indicated) another tax reduction in October, as well as a Neil Gorsuch candidate for the court, he can be competitive.

The negatives are two (as of today). If the tariff war heats up and other leaders don’t cave as he expects them too. It could drive prices up and impact jobs and the economy.
The other is a negative report or actual indictments from Mueller. If in September or October something comes out, that would impact everything. Between Mueller and the New York case there could well be something. There is a reason they have continually delayed Mike Flynn’s sentencing, locked up Manafort and raided Michael Cohen’s office. They do that when they want a bigger fish. We’re confident its not collusion, but we do think there is something else.

You’ve heard of the “October Surprise”. Trump’s surprise is another tax cut and progress on peace. Indictments may be the other side’s ace in the hole.

That’s what we need to watch. In either case we see Democrat House pick ups. The question in how many depends on which October surprise we see.

One of the goals of controlled and limited immigration is to drive up salaries and wages for workers. Here’s a report you didn’t hear, where this is actually occurring.
The Washington Post has a story about how, “as the nation faces a historically low level of unemployment, trucking companies are doing what economists have said firms need to do to attract and retain workers: They’re hiking pay significantly, offering bonuses and even recruiting people they previously wouldn’t have considered.
The industry reports a growing labor shortage — 63,000 open positions this year, a number expected to more than double in coming years — that could have wide-ranging impacts on the American economy.”

Did you hear on the MSM that a reporter for a Massachusetts newspaper (The Republican) had to resign after falsely claiming on Twitter that the accused gunman at the Maryland newspaper was wearing a Make America Great Hat? (Of course he wasn’t).

Did you know that on July 2, 1964 Lyndon Johnson signed the Civil Rights Bill into law? Did you know the vote to pass it was 289-126? Did you know of the 126 voting “no” were 35 Republicans and 91 Democrats? Bet you can make money asking people that question.

Did you follow the Mexican Presidential election?
Andres Manuel Lopez Obrador won in a landslide, setting the stage for the most left-wing government in the country’s democratic history at a time of tense relations with the Trump administration. The 64 year-old former Mexico City mayor won with the widest margin in a presidential election since the 1980s, according to an official quick count that showed him taking more than half the vote — some 30 points ahead of his nearest rival.

Now he said he has no intention of stopping immigration through his country. In fact, he said people have a right to immigrate to America.
Maybe he thinks he won our Presidency? What gives him the right to set our policy? Not a good start as we see it.