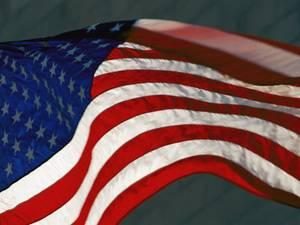 Okay we are all set for the showdown in  Singapore, but maybe the real showdown was at the G7 on Saturday. Let’s look at that before we get to Singapore.

So first citizen, and then candidate Trump, railed about unfair trade practices. How shocked the MSM is that he actually meant it. They are used to candidates saying things like we must reduce the trade deficit, but not really meaning it — much less taking action to accomplish it.
Were some of his tweeted words about Trudeau harsh? Yes, we think so. But it’s clear he and his team think Trudeau was a little less than upfront and took the opportunity to grandstand at his expense.

The MSM has had a field day attacking the President. Let’s ask a question. What is the President trying to do? Create fair trade and reduce the U.S. deficit? Bring jobs back home for Americans? Is that bad? Every Presidential candidate has said that was a goal. How did they do achieving it?
Now ask this question. What would the MSM be doing and saying if Trump was creating the deficits? It would be different wouldn’t it?

On the MSM isn’t it interesting how they are building up Kim Jong-un and knocking the President? They keep talking about Kim has won because he got the meeting. How he won because Trump cancelled and he (Kim) wrote one letter and Trump put it back on. All of a sudden in their view and analysis Kim is a world class negotiator.
They can’t be serious and it’s another example of why their credibility is at an all time low.
Here’s another way to view the world. Instead of always looking for negatives from your side try this. Put yourself on the other side. Be the other person. If you were Kim would you be walking into this meeting feeling like you won? Would you feel like you forced the meeting? Would you feel the other side saying “you must” get rid of your nuclear weapons or else was a victory? On what grounds can the media spout the juke they are? They should be embarrassed.
One more thing. To tell the American people that this 34 year old reclusive leader of N.Korea, in his first international setting, is going to out negotiate a man who spent his life negotiating deals in NYC and around the world is ludicrous. The MSM has no credibility with us. They simply have an anti Trump bias.

Now, Trump and team have raised expectations far beyond they should have for this session. That is their fault. We expect real progress from this session and a long range plan to accomplish peace. But, because of raised expectations the media will have much to shout about after its over. However, in our opinion the world be safer in 24 hours than it is now.