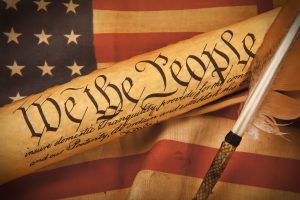 As predicted here three months ago Paul Ryan will not be running for reelection to congress. Why? We think he is truly upset with the system, time he must give and truly wants to be with his family. He was in a tough spot. He was between the President and congress. He never knew where his next attack was coming from. In his own district he faced a challenge from the left and right and he could see the handwriting on the wall for November. He would be minority leader to Nancy Pelosi.
The leader to take his place would be Kevin McCarthy, but he was the last time, too. He didn’t get it then because of rumors of an affair. I think he will face a few challenges.

Mark Zuckerberg, as of this writing is escaping nicely through the congressional hearings. The best barometer of that is Facebook stock is up over the time he has been there.
That said, you have to wonder about Facebook longer term. People now realize their personal information is being used. If they didn’t know before, they do now that they are being targeted for ads by what they say and do. You now wonder how that will impact the app long term.

The Raid on Michael Cohen

Reports are that the raid on Michael Cohen is all about payoffs to women that Trump had affairs with. If that’s true, then we are not sure how that will resonate with the American people. We all knew from the NY Tabloids for years what kind of lifestyle the President was living before running for office. This is not a surprise.
Again, this started as a charge that the Trump campaign colluded with the Russians in this election. We heard a drumbeat from the MSM and Democrats for over a year that this occurred. Now we’re down to this?

The President was clear in warning Russia that an attack was coming — despite Russia warning first they would shoot down missiles, and second that it would destroy evidence of gas attacks. An attack is coming and we think it will be significant. As outlined yesterday Trump has too much on the line worldwide for it not to be.
Nikki Haley continues to shine. Yesterday she looked the Russians in the eye at the U.N. and held them accountable. Watch her in 2020 and beyond.

By the way, don’t Obama, John Kerry, Susan Rice and others look bad? They all assured us as part of the agreement in the middle east the chemical weapons were destroyed.

Not much coverage, did you notice, to the fact that China blinked on tariffs?
Here’s the story in brief
At a business conference, China promised Tuesday to cut auto tariffs and improve intellectual property protection in possible concessions aimed at defusing a worsening dispute with Washington over trade and technology that investors worry could set back the global economic recovery.
“China’s door of opening up will not be closed and will only open wider”, they said at the Boao Forum for Asia on the southern island of Hainan.
China’s leader said Beijing will “significantly lower” tariffs on auto imports this year and ease restrictions on foreign ownership in the auto industry “as soon as possible.”

Let’s see what happens next but that is a significant move. China has a lot at stake here.

The 12-point swing is one of the largest shifts in support toward Democrats that the Reuters/Ipsos poll has measured over the past two years. If that trend continues, Republicans will struggle to keep control of the House of Representatives, and possibly the Senate, in the November elections.

Below are Saturday, Sunday, Monday and week of April 2nd ratings.

Most-watched for the week of April 2:

On the business news front

Varney & Co., was the most-watched market program on TV for the 46th consecutive week. Along with Varney, Countdown to the Closing Bell with Liz Claman also ranked among the top 4 business news programs of the week.

Then of course, there was Lou Dobbs. His was the most-watched show on business news, averaging 304,000 total viewers in the 7 p.m. hour.