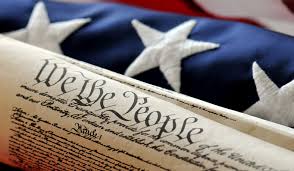 The reports are that Mueller has reportedly told the President’s attorneys that he is not a criminal target of his probe, but he still wants to interview him to wrap up his investigation into possible obstruction of justice.
We wonder is that from that ill fated plan on Air Force One to say the Russian meeting with DJT Jr. was about adoptions; or was it the Comey meetings and firings?
Also, is it obstruction if the President wanted to end the investigation on collusion that never existed?
Maybe Trump simply wanted this behind him because there was no Russian collusion. We’ve asked before, can you obstruct in a crime that never occurred?

It still strikes us as odd that the President seems to attack every opponent, but never does Putin. It happened again this week as he held a press conference with three Baltic State leaders. He said that “probably nobody’s been tougher on Russia than Donald Trump.” He mentioned the 60 diplomats he forced out versus other countries doing four or five. He talked about drilling and America being energy independent and how that hurts Russia. But the man who has names for everyone like “Rocketman” only said this about Putin’s Russia. “We want to be able to get along with Russia. If we got along with Russia, that would be a good thing, not a bad thing. And just about everybody agrees with that, except very stupid people”.

Why has he never attacked or said negative things about Putin? He attacks his own cabinet, party leaders and friends. Strange isn’t it?

The WSJ on Trump

An interesting story in the WSJ on Trump now establishing himself in the job. Here’s a recap:

“Mr. Trump yesterday appeared to be a president freed of the forces last year that pushed him toward a mainstream Republican agenda. The president declared that he wants to bring U.S. troops home from Syria and wanted to use U.S. troops to guard the U.S. border with Mexico, and detailed $50 billion worth of Chinese goods on which it plans to slap a 25% tariff. Never was there a more clear sign than Tuesday that Washington has moved into the period of Trump Unbound”.

Well the Chinese reacted and that spooked the market early yesterday. It came back by days end, but there is more to go on this. Negotiations are underway, and if the countries agree on a deal we will avoid a trade war that no one will enjoy. Trump has a point on the goods we import over export. Past leaders did make bad deals. He has a better point on the stealing of intellectual property. Keep a watch on this, it will impact you on everything from prices for things you buy to jobs and investments.

The President has declared war on Amazon and it has impacted their share price. (down over 250 dollars per share).
First, remember Amazon is owned by an anti Trump person (Jeff Bezos) who also owns the very anti Trump Washington Post. So we start with that.
Then add Trump’s business is building and his friends are builders. Amazon is hurting brick and mortar stores more than anyone with its online and delivery services. So Trump hears from them how this is hurting them.
All the pieces are there for an attack.

Then comes the deal Amazon made with the post office to deliver the products and you have it all. What about that deal?

First understand the post office has lost $60 billion since 2007.
It expects to lose $6 billion more this year.
The Postal Service has had one profitable quarter in the last five years.
Think about those numbers – this is a monopoly.
It is $120 billion behind in pension and retiree health expenses.
Now:
Since 2007, the Postal Service has been required to allocate 5.5 percent of its fixed costs to package delivery and to incorporate that into its pricing. Today, 25 percent of the Postal Service’s business is package delivery.
Thanks to features of the Amazon deal – such as Sunday delivery, grocery delivery, even delivery from fish markets to local restaurants – the expenses have climbed.
So:
It is estimated that they should be charging Amazon $1.46 more per package than the $2 or so it does now.
Thus:
The President has a point about the postal service and it’s costs.
We expect in the end the postal service will raise its price when it can, but it cannot be outbid by any other delivery option. They need the volume to cover their fixed costs.
The President can impact this but his buddies must realize the convenience of shopping online and having the goods delivered to your home is going to grow –not decrease.

The week of March 26

Fox won the week for the 12th week in a row. Fox had 8 of the 25 most-watched cable telecasts. TBS covering the NCAA basketball games won the week in primetime.

Quartly Rankings
Fox was the most-watched cable network for Q1 2018, both in prime time and in total day. That’s now 7 straight quarter victories in total day.

In prime time programming Sean Hannity was the most watched show.

QUARTERLY RATINGS FOR THE TOP FIVE PROGRAMS IN CABLE NEWS: